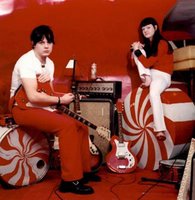 The White Stripes singer Jack White wrote and will perform a song for a coke ad. With that song he wants to get a message of love out to the world. Jack had been approached earlier in the year to do the advert and in Paris on their European tour the singer confirmed that he has recorded a brand new, currently untitled track for the advert.

He told NME.COM: "I've been offered the opportunity to write a song in a way which interests me as a songwriter. I certainly wouldn't want a song that I'd already written to be used on a commercial. That seems strange. I've written a song and I wrote it really quickly and it's an interesting commercial that's been made. I was inspired by the commercial." The broadcast date for the advert is yet to be confirmed.