Snap shot cameras were developed for the Games Convention and distributed by hostesses. From the outside the camera was only branded with the Playstation logo, but the film inside the camera made this promotion an “action to remember”. On every picture taken, ghosts and frightning faces appeared on the pre-exposed film. The last picture revealed the mystery with the line: “The horror is closer than you think”.

From TBWA Germany and found on ad/design goodness. 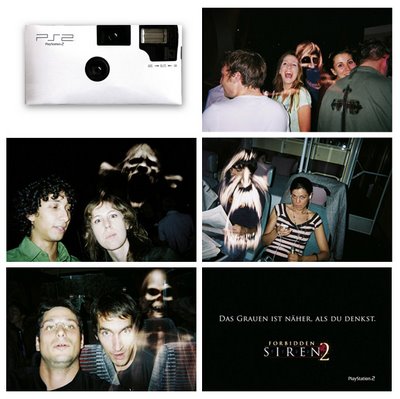