WK Side is a talent scheme that gives four people from outside of the advertising world the chance to be part of Wieden + Kennedy London for 3 months. W+K believes that good ideas can come from anyone and from anywhere. And they want to give bright, curious and enthusiastic people the opportunity to prove them right. 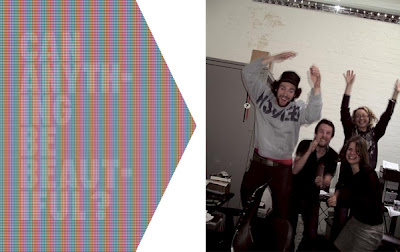 Creative Director Tony Davidson says, "WK Side is our way of opening up advertising. Because we feel that the best advertising agencies aren't just staffed with people who only know advertising. And we think that people on the outside could maybe teach us a thing or two."

W+K has done two rounds of WK Side previously and they're now inviting submissions from people who'd like to be part of the third round of this ongoing experiment.

This time they're specifically looking to find new talent from the world of digital. "We want people who create films, photography, animation, web content - anything from blogs to web design."

If you are interested in becoming part of the third intake, then here's how to apply.